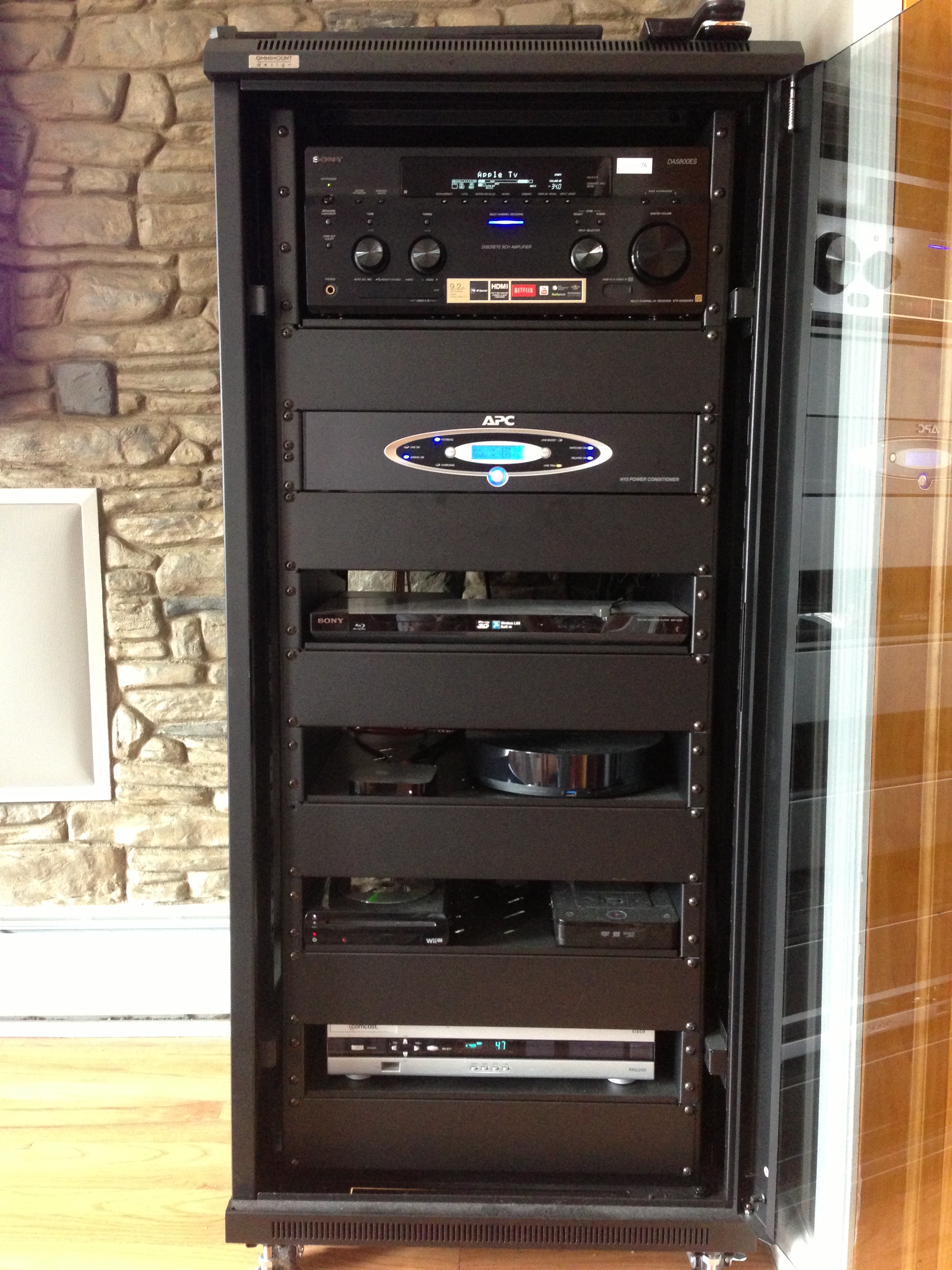 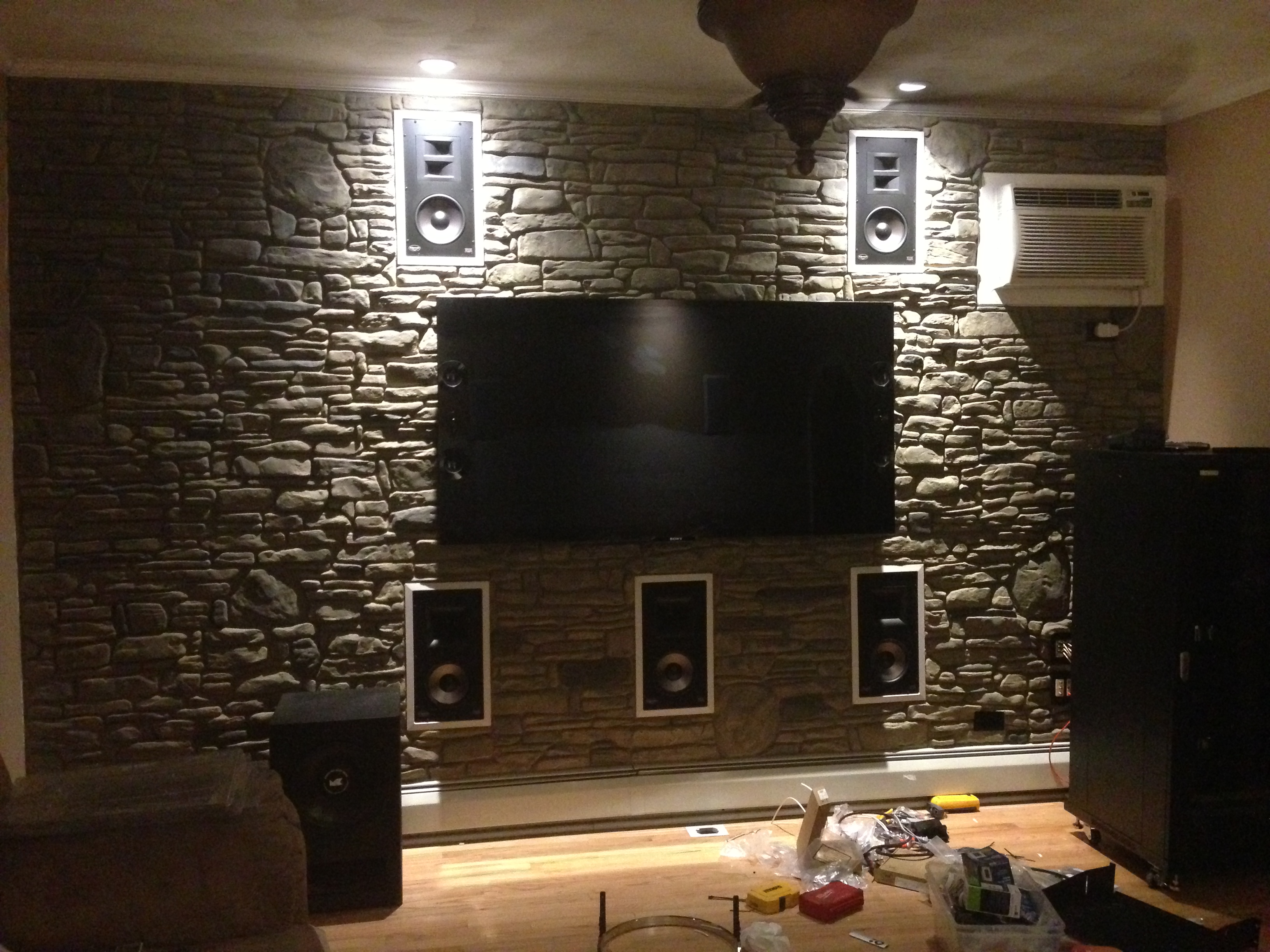 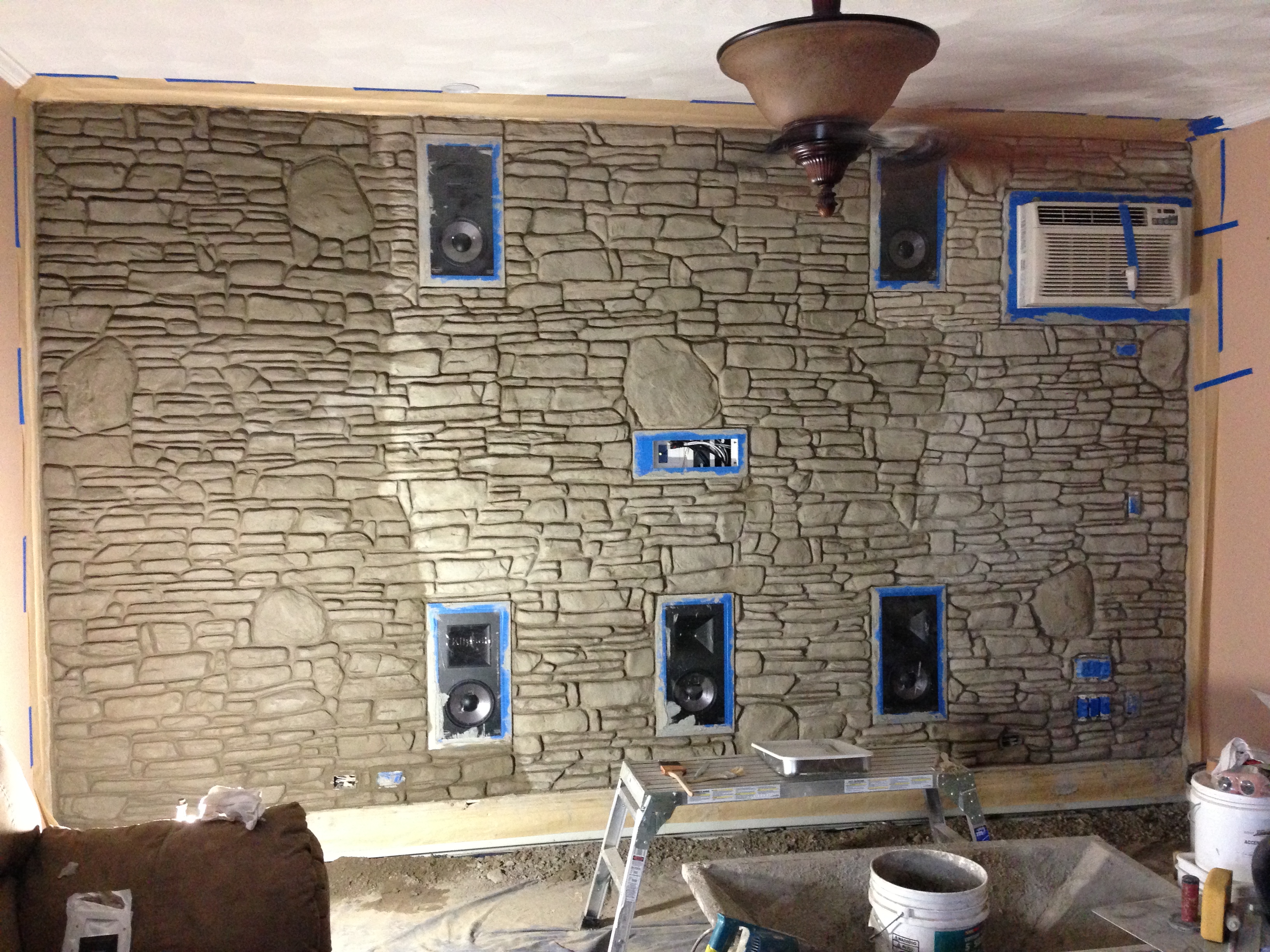 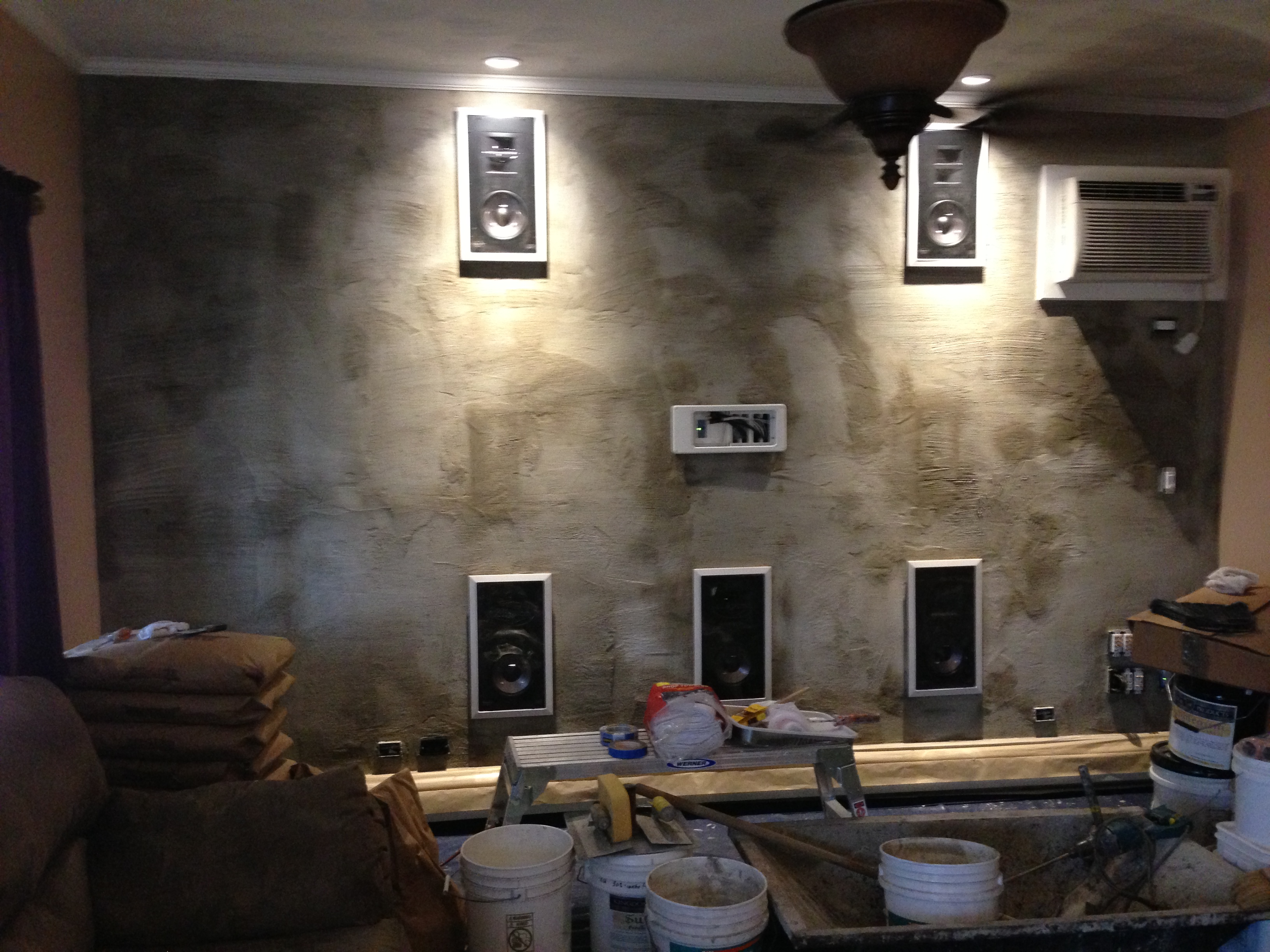 What do you do when you want to create a high-end showpiece with some of the best equipment available? You take into account the room space with which you have to work and decide what equipment is best to use. After evaluating a room that measured 15’ X 12’, we chose to install a 9.2ch Klipsch THX Ultra 2 Architectural system. This system was the best choice for the room size because the speakers sit flush in the wall and we were able to free up valuable floor space. The equipment we chose to power the system, a Sony DA5800-ES receiver, a 65” Sony 4K TV and 4K media player were further highlighted by the stamped concrete on the wall, essentially allowing the system to act as its own showpiece. TVSS (surge) receptacles were used for all the electronics and a line conditioner with battery backup was used to help protect the equipment and keep the cable box from resetting during short brownouts. To further enhance the stone on the wall, bring more beauty to the room and make the equipment appear even more stylish, LED accent lighting was installed on a dimmer, allowing for a glow off the stone at night.